ZqU1Hn3l1x9wDHrUnBf6DinCGNeOaOKF1dXcaf9n
Aller au contenu principal
Quantic & Anita Tijoux: Doo Wop That Thing Reprise de Lauryn Hill en version cumbia, free download. Out 12th August, on 7” vinyl in a beautiful full-colour sleeve, “Doo Wop (That Thing)” is a one-off single bringing to light an exciting collaboration between two prolific and influential artists: Colombia-based, British-born producer and musician Quantic and the Grammy nominated Chilean MC and singer Anita Tijoux (also known as Ana Tijoux). The A-Side, as you will no doubt have clocked, is a cover of Lauryn Hill`s hit “Doo Wop (That Thing)”; the lyrics flipped into Spanish by Tijoux, whose understated yet charismatic flow makes her a beguiling vocal presence, and a Cumbia beat giving an alternative, tropical slant on the late `90s hip hop/R `n` B classic. Beats, bass, guitar and accordion are provided by Quantic, alongside a horn section comprising some of the musicians who have featured on his Flowering Inferno dub/reggae project. “I wanted to continue on the link with hip hop and Cumbia that I touched on with my Hip Hop En Cumbia EP last year”, says Will “Quantic” Holland, whose music has been key in the recent surge of interest in Cumbia in the UK; “It`s important to unite the styles of North America with those of Latin America, make that connection. These worlds are closer together than we think, and I think it`s nice to generate this kind of interaction musically speaking.” The B-side brings another cover version, the Spanish language song “Entre Rejas” (translation: “Behind Bars”) which was made famous in Latin America and the Spanish speaking Caribbean by the great accordionist and singer Lisandro Meza. The emotive song tells the story in the first person of a character who is in jail and his/her lover has forgotten about him/her inside; and this perfectly pitched rendition is sure to bring it to the attention of a new worldwide audience. Having long been a fan of Tijoux`s music - not to mention her integrity, freedom and inventiveness as an artist , Quantic ended up meeting her in Austin, Texas, at SXSW. “At one point we just ended up jamming out “Entre Rejas” in the back of a car on the way back from one of the parties with some friends”, he reminisces; “It was a great coincidence that we both knew that song.” Anita Tijoux`s 2010 album `1977` was Grammy nominated in the Latin Alternative category, and garnered major respect from fellow musicians around the World, including a recommendation from Thom Yorke to his own fans; and its title track was featured in Breaking Bad and has had over 3.3 Million YouTube hits. Having recently moved to Bogotá (from Cali, where he settled in 2007 on relocating from England), Quantic is currently putting the finishing touches to a new solo album for Tru Thoughts, the label that has released the vast majority of his fascinating musical output over the last decade. A hugely anticipated release, this upcoming LP will be his first studio album under the `Quantic` name in over six years, following an experimental period which has borne various commercially and critically successful projects including Quantic and his Combo Bárbaro, Ondatrópica and of course the 2012 Quantic and Alice Russell collaborative opus `Look Around The Corner`. The bespoke artwork for this release, which features two colourful designs printed on either side of a natural card sleeve, was created by Bogotá based visual artist Mateo Rivano who is a major presence on the international street art scene and also regularly DJs jointly with Quantic around the city. www.quantic.org 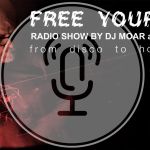 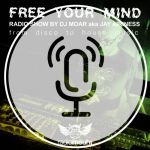 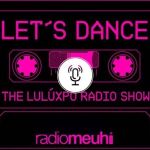